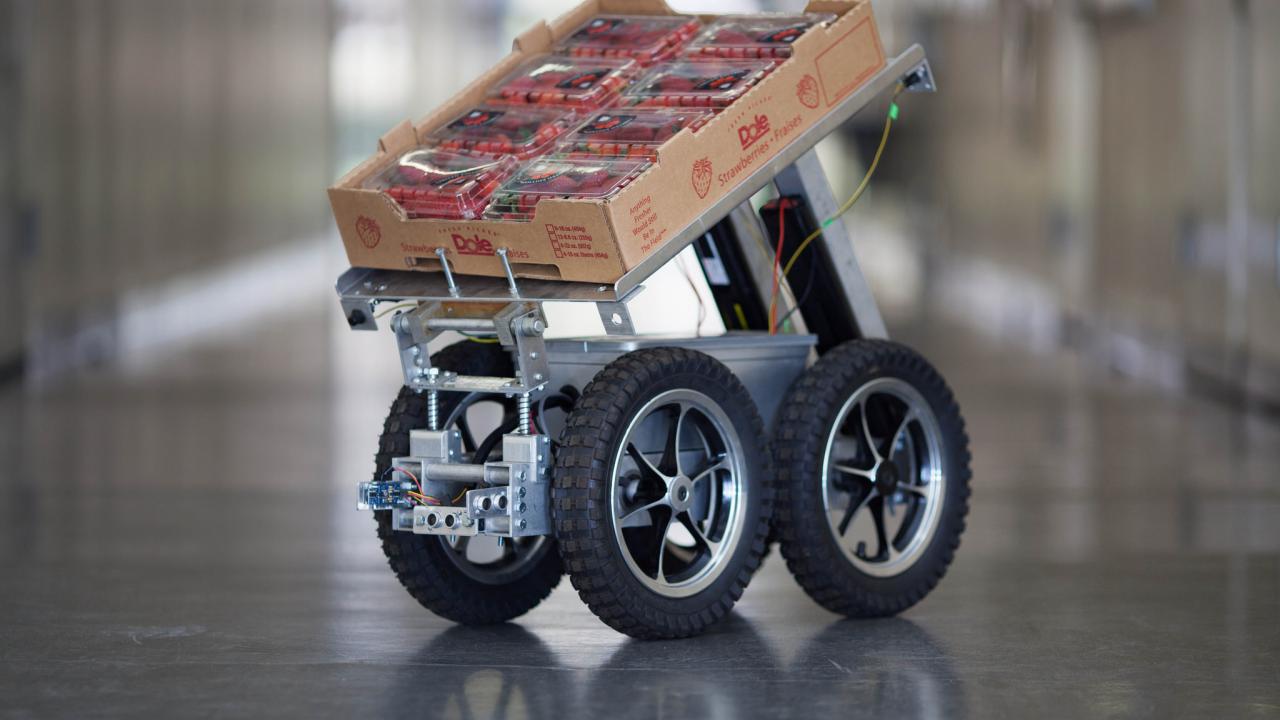 (CNSNews.com) – The U.S. Department of Agriculture  (USDA) has given an award of $1,123,463 to the University of California, Davis to develop “relatively small, inexpensive robots” to aid in harvesting strawberries.

The announcement was made in late October as part of a series of USDA awards “to spur the development and use of robots in American agriculture production,” according to a USDA press release.

The release describes the UC Davis robotics grant as a “project (that) will develop relatively small, inexpensive robots to aid in human harvesting of strawberries.”

Dr. Stavros Vougioukas, Assistant Professor of Biological and Agricultural Engineering at UC Davis, tells CNSNews.com that the robots are referred to as “FRAIL-bots”, short for Fragile Crop Harvest-Aiding Mobile Robots.

“It is a harvest aid robot. It is aiding the harvesters, so it’s not a machine that is harvesting or picking berries itself,” Vougioukas says. 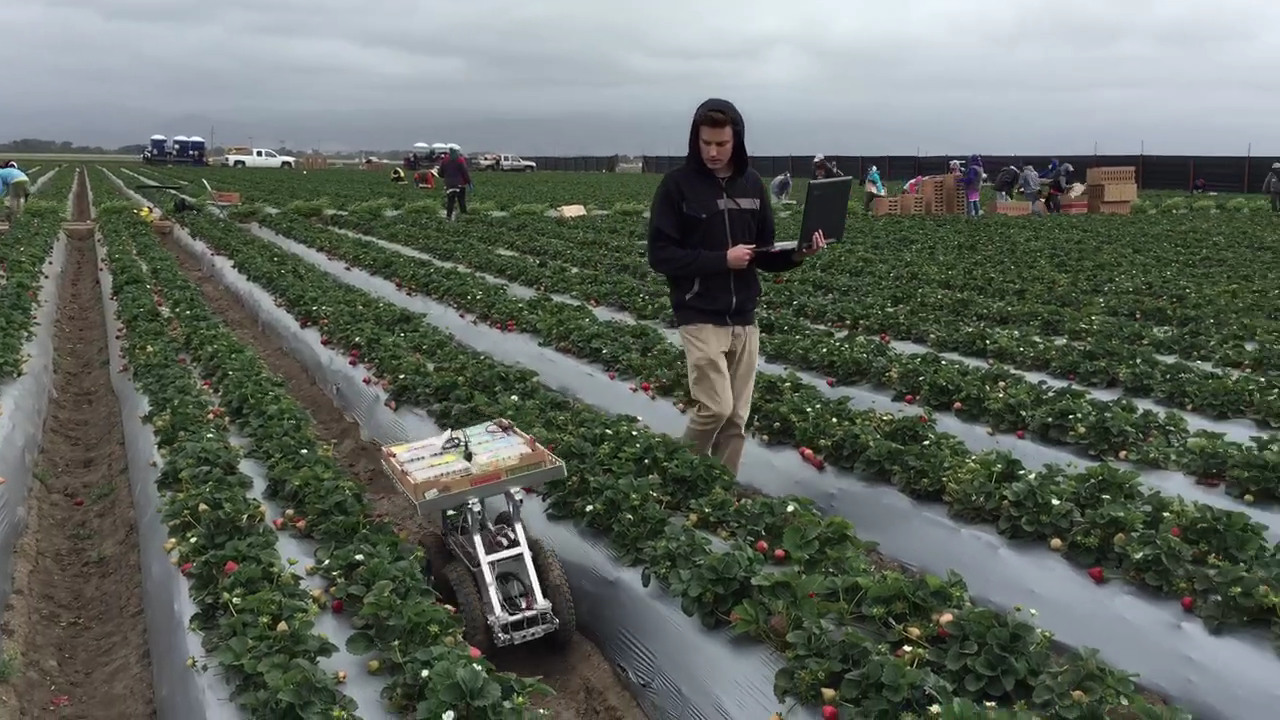 “When a worker is done picking and a tray is full, the tray would be carried by the robot and not by the worker.”

A picture provided by UC Davis shows an early design of the robot, which looks like a large remote control car that carries trays of strawberries.

“That robot is representative of what it could look like,” Vougioukas says.

“They act like a courier service that is going to the worker, getting the strawberries, going to the unloading station. Somebody then unloads the tray from the robot – puts in a new tray, an empty one – and then the robot goes to the next worker who needs it.”

Under the design for the program, the robot will know which workers need trays picked up or brought to them because of a sensor that workers will wear.

Vougioukas says, “The whole system is a combination of the robots themselves, wearable devices – bracelet-type of devices on the hands of workers and those devices are used to monitor their picking rate so the robots can know when to go to a certain worker and serve him or her.”

Besides improving efficiency, another goal of the project is to increase the health and safety of the strawberry pickers. Vougioukas says the sensors could also inform the robot that a worker has been working in a crouched position for too long.

“It might even say take a five-minute break. The idea is to do that so the workers realize that those machines are increasing their efficiency but also looking after them in a way.”

“It is not a commercial product yet,” Vougioukas adds. “This is just a research project looking into the collaborations of people and robots in agricultural domains.”

“The aim is actually to commercialize it. But it’s very important to have the money from the USDA, because otherwise how could you do such a project?”

“The money from the USDA enables us to pursue this. Otherwise there is no big company, like John Deere, that would give us a million dollars to do such kind of research.”