People in the United States and Europe lose and waste about as much food as the entire food production of Sub-Saharan Africa. Are the people in developing countries simply better at food handling and consumption than those in developed countries? Why is it, then, that smallholder farmers, especially those in developing countries, around the world suffer from food insecurity? How can we reduce some of the 1,300,000,000 tons of food lost or wasted global per year?

These are some of the questions Dr. Angelos Deltsidis discussed during the latest Biological and Agricultural Engineering seminar. Deltsidis, the Associate Director of the UC Davis Postharvest Technology Center, offered some solutions, some problems, and a lot of food for thought. 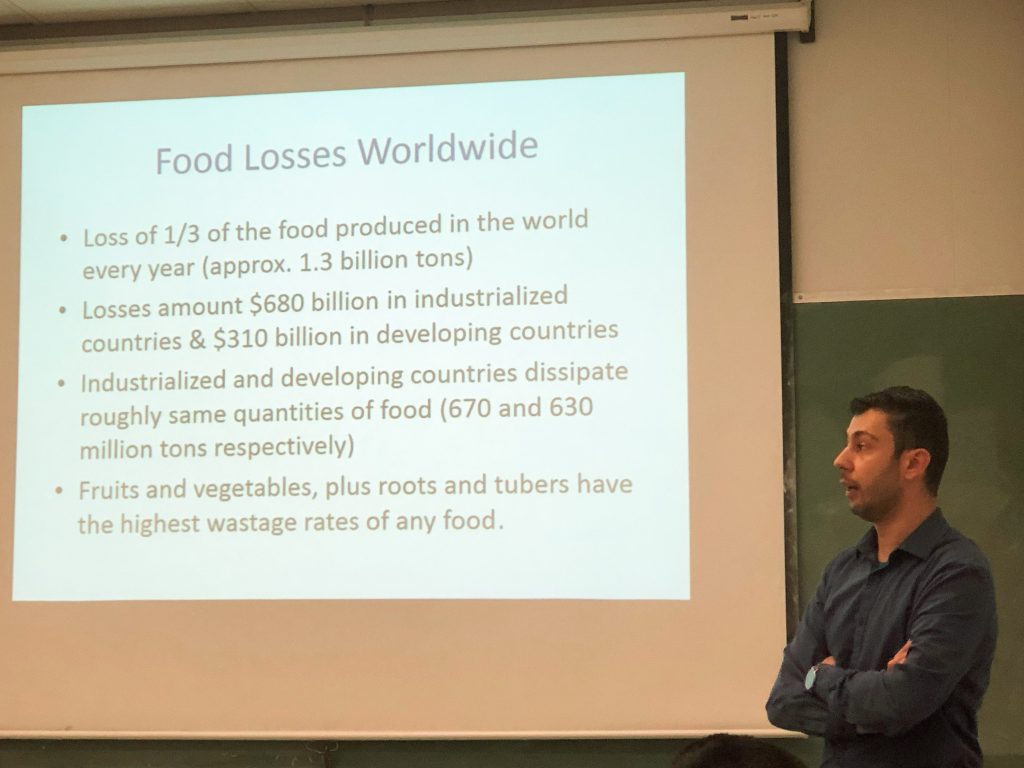 "[The U.S.] is actually doing a little worse [at food loss and waste] than Sub-Saharan Africa," Deltsidis said. This is due in part to the cheap cost of food and the larger portion sizes. Since food is cheap in the US, it's more efficient to visit the store once a week, store it in a refrigerator, and throw out anything that is uneaten or unused.

However, in other parts of the world, people visit the stores more frequently and buy only what they will consume or use quickly. This is due to different factors in different areas, but one of the major factors in the developing world is temperature control.

Controlling temperature is paramount in keeping food from losing water and preventing the spread of bacteria. To this end, he and his peers have been working towards helping farmers in developing countries create cold rooms using CoolBots.

Still, "for many countries, cooling is out of reach," Deltsidis said. The set-up cost is a bit high, which creates a barrier for many small farmers, but the potential for profits and reduction in food loss are substantial.

There are other solutions as well, such as drying, improving packaging and transportation, and improving handling. But, they all take work and education.

According to Deltsidis, in the end, "a reduction in food losses could have an immediate impact," on the lives of smallholder farmers and people around the world.

It might not happen overnight, but making sure that everyone has access to safe, nutritious food, "should not be a forgotten priority."

Between farm and fork